The next day was short, I packed my stuff and checked out of my hostel in Hilo. Next stop was at the waipio valley, the first visit at the valley was not that successful. This time I had more luck and the view was beautiful, I enjoyed the view for at least 10 minutes and then I had to leave already to the north of big island due to my flight in the afternoon. On the way to the airport I made some fun off-road drives and also discovered some hidden places around the north of the island. The time came and I had to give back my Jeep and had to check-in for my next flight to Honolulu.

After I landed in Honolulu I went to the budget car rental, where I got my strange fiat punto “SUV”. For me as an European there is no Fiato Punto SUV existing, you can take the normal small Fiat Punto and at on each side around 30 cm. Anyway I headed to my Hostel near the Waikiki Beach. Fortunately the hostel could rent me the last parking place, I was really grateful for that. On the same day I took snorkelling gear with me (in that hostel the snorkelling gear was for free). On the beach I met that guy from Canada, his name was Hassan, we had a great time on the beach and later on we went out for dinner and also for some drinks. Also that night I also met another guy with which I experienced the next adventure. 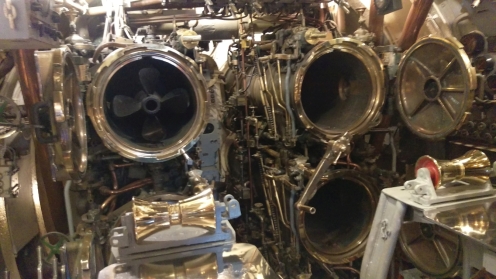 Next morning we woke up early and went to Pearl Harbour. I think as average tourists We took the wrong entry and wanted to enter to the military base on Pearl Harbour. The soldier ask for my permission and at this time I showed them my Swiss ID, which is of course a free ticket for everything :). The soldier looked a little bit confused but gentle told me that the next street to the right will lead to the visitor area. I put the car in first gear or was it D (never mind). Finally we arrived at the spot. As far as I can remember the free tickets were limited up to 1’000 per day, if you want to visit Pearl Harbour please inform yourself, but for sure wanted to be early at Pearl Harbour due to this limit. Anyway at Pearl Harbour you could choose from different attraction packages. We took the package with the submarine and the memorial, the memorial was for free. We had an audio tour through the submarine, which was informative. After the submarine we queued for the memorial (we got a ticket for that which tells you at what time you have to queue). Before you can embark the fairy to the memorial you have to watched a documentary of Pearl Harbour from the side of the Americans, how can I describe that neutrally, let’s say they subtle left out important bits of the history. Finally we could get on the fairy and we had the chance to see the memorial and the wrecks. Unfortunately the view on to the wrecks was not really good and excitement was limited. 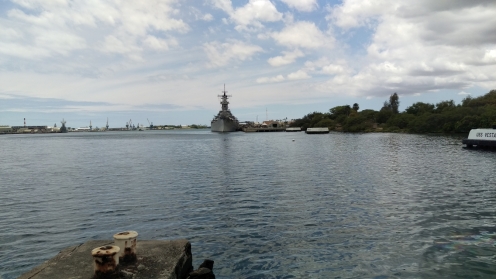 Fellow Americans and people, the memorial has a big meaning and also I pay tribute and respect to the history and to the fallen soldiers. For me as a third party person, who has no direct connection to the whole story, therefore it is not as emotional for me than for any person who has a connection to Pearl Harbour.

After a small road trip we arrived at the Hanauma Bay Nature Preserve, which is a really nice beach for snorkelling. Due to the nature preserve you have to pay an entry fee and also watch a 10 minutes long movie how you should behave during your stay. The snorkelling was really awesome and amazing a lot of fish, riffs and corals. Just awesome!!!

Disappointed we went back to the hostel and looked for dinner and also some nice drinks next to the Waikiki beach. I enjoyed the time with my freshly met friends at the Waikiki beach. We sat in the Duke’s Canoe Club until late in the night!!! Totally recommend it!!!

From there on I had to pack my luggage wake up early in the morning and go to airport, where I took my next flight to Sydney, where I met my Swiss friends!!!