After a 1 hour and 30 minutes trip we arrived in Sayulita where we headed to our hostel Redonda in the small centre of Sayulita. The hostal was pretty nice and relaxing first thing we did there, was to enjoy the free welcome beer.

The main beach was not that nice and also was kinda stinky… Anyway we had a nice walk around and enjoyed the different markets next to the beach.

I used my favourite offline map app called maps.me to get there. 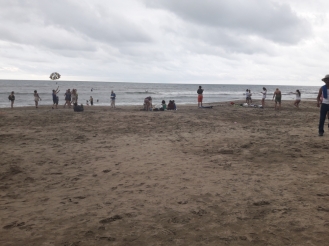 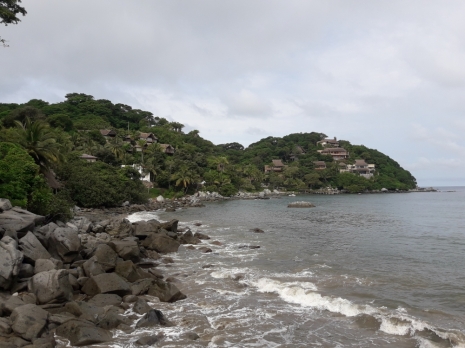 The beach (Patzcuiarito) was really amazing, remote and there was nobody so we enjoyed the clear water and the sun. Bring some sacks and beers with you. There is nothing around.

Friday night was party night. The whole hostal went to El palmar del Camaron, which is a nice beach bar with nice huts. Also that night there were some pyromaniacs doing their act, which were impressive. 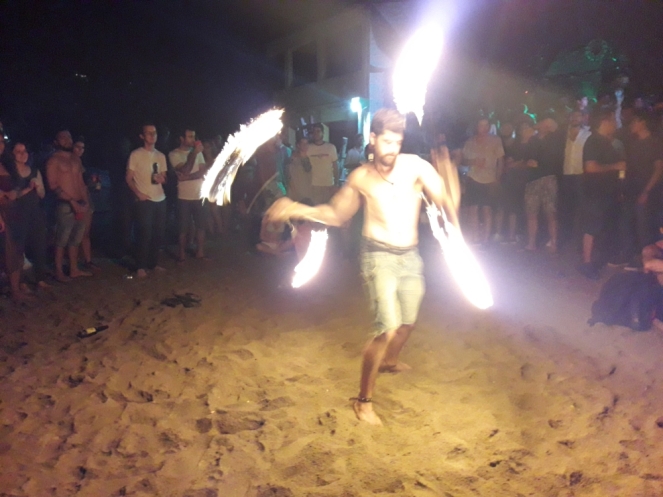 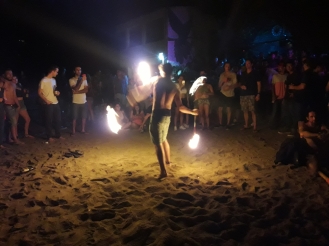 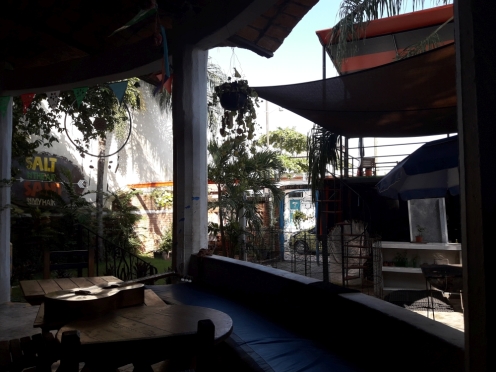 My opinion: Sayulita is nice for 2-3 nights or when you really want to disconnect or work undistracted. You can also see that my blog does not content a lot of stories.

After some incredible time in Mexico City (CDMX, cuidad de mexico) I finally boarded the flight to Puerto Vallarta. The check-in was really quick I liked the modern and quick check-in with volaris. The flight was around 70 euros. Arrived in PVR we took an Uber to our accommodation was roughly 100 MXN from the Airport to the Malecon. That night we visited the Cuban bar and restaurant called La Bodeguita del Medio, which is the copy of the original in Havana. As soon as I entered the Cuban bar I had a flashback to my time in Cuba. People dance Salsa and the mojito with that awesome atmosphere was amazing. The night was not finished and we changed location, the new club was called Mandala and the fee was 100 MXN. The music and the location was nice for spending more hours deep into the night.

With an Uber we drove around 30 minutes along the coast to the south. Our boat waited in Boca de Tomatlán, which droves us to Yelapa. Uber cost 200 MXN, the taxi back 300 MXN and the boat trip 180 MXN.

In Yelapa a nice small village waited for us, walk to the waterfall, ca 15 minutes (take the 3rd stop in Yelapa or ask for the waterfall (cascada) when you are on the boat). Take a swim in the pool of the waterfall and do not forget to have a massage from the nature.

As far as I remember our boat left 15:00 Boca de Tomatlán and was going back around 17:50. Unfortunately we could not spend much time there. So my recommendation is to take an earlier boat. Also take a plastic bag for the protection of your electronics, it could rain on the roofless boat.

Spend the some night in the airbnb at Casa Sandía awesome ambient and relaxing.

For dinner we had pizza and pasta in La Dolce Vita. The pizza was really good for one outside of Italy. 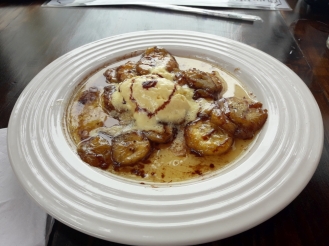 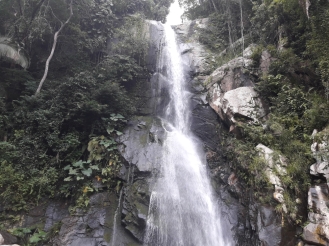 On Monday I changed to a hostel due to budget reason. With the saved money I could reserve two days of scuba diving.

Los Archos, Punta Mismaloya 1530 Pesos with all gear (got 10% off). Also we had a small incident. My budy Marc, his valve was not fully opened and after 30 minutes at a deep of 51 ft he had to do a an emergency accent due to his distance to us. Always check the valve opening twice. Fortunately nothing happened 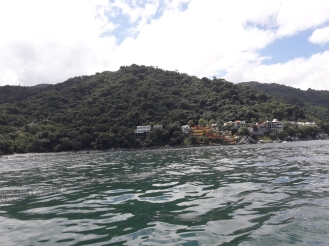 Islas de Marietas 1980 Pesos (15% off), one dive near to a wall (El Amarradero) and some cool caves and tunnels. Second spot (El Bajo de la Manta) had more fish also saw a tiger ray. The whole dive was had more fishes and other animals.

Also included in the trip was the visit to playa del amor (also called hidden beach). We had to swim there because the entry was just a small tunnel. Also we were really lucky that the tide was low enough to enter the tunnel. 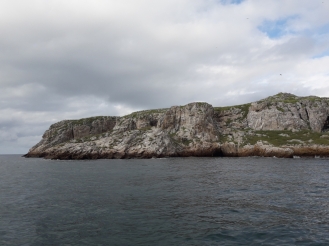 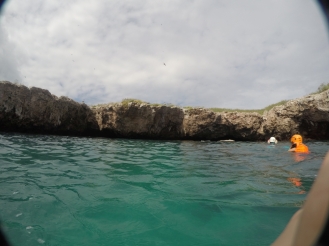 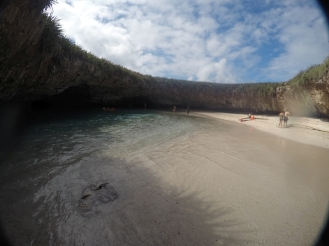 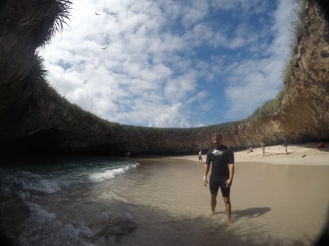 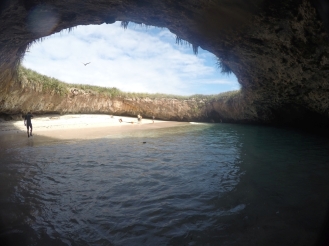 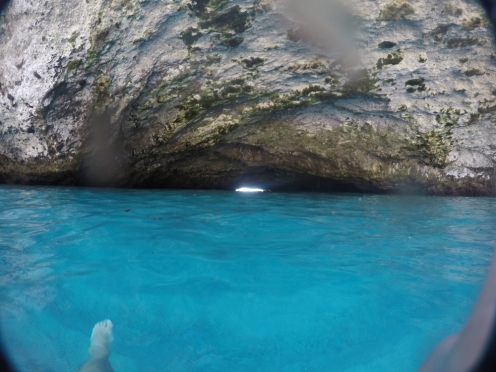 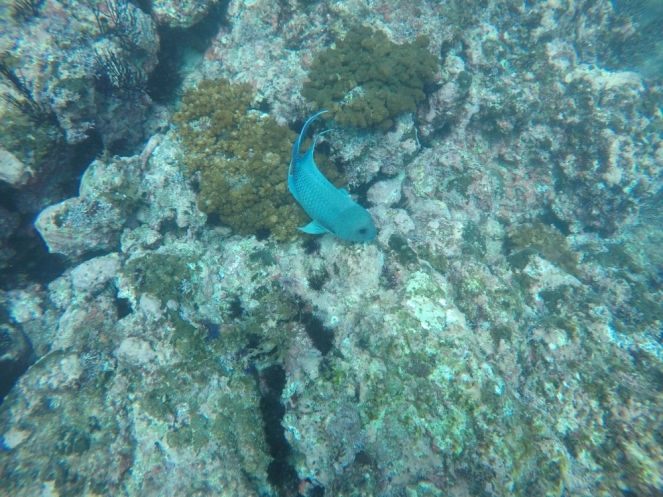 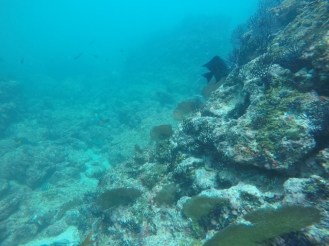 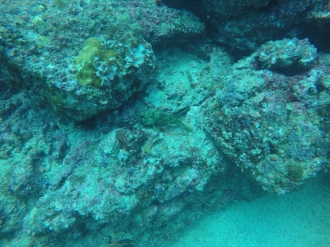 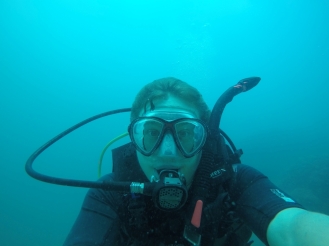 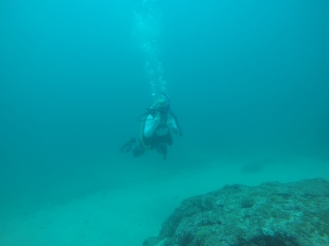 Next to my hostal was a small restaurant owned by Emra the German. You get cheap beer for 25 pesos, good tequila also try out the steak there! The place was called Heavy-Taco-Metal and is in the street Lucerna.

After some days in Puerto Vallarta, we decided to go to Sayulita. The bus cost 45 pesos and took 1h 30 minutes.